I am joining Leslie (alias Rorybore) for the Tuesday Coffee Chat.

What does your name mean?

My given name is Judith Anne. The family story goes that I was named for the landlady’s daughter Judy. She had curly blonde hair and came to sit on my Dad’s knee while he drank his coffee in the morning. My Dad wanted his own lap-sitting bundle of joy and I was it.

My middle name is a family tradition perpetuated by my maternal grandmother. My grandmother loved the “Anne of Green Gables” stories. She was also an Anne (spelt with an E). It has become a tradition to pass down the name Anne to the first born daughters. My mother is an Anne as well as my daughter. Unfortunately my daughter had boys so the name has not yet been passed on although my first granddaughter is an Anne.

Judith is a feminine given name derived from the Hebrew name יְהוּדִית or Yehudit, meaning "She will be praised" or "woman ofJudea". Judith appeared in the Old Testament as the wife of Esau and in the Apocryphal Book of Judith.

Because we travel so much and introduce ourselves I like to give our name a word clue. I know it helps me remember other people’s names. I like to associate with Judy Garland and hubby is Fred Astaire. It fits our ballroom dancing roots.

I dislike being called Judith although I sign all of my formal work as Judith. I know when a telemarketer is calling because they don’t call me Judy.

Even though my name is Judy I answer to Mom or Grammy as well. 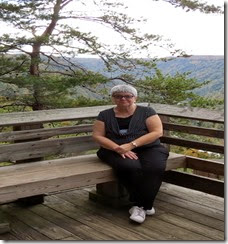 So what is in a name?

Posted by retired not tired at 8:40 AM